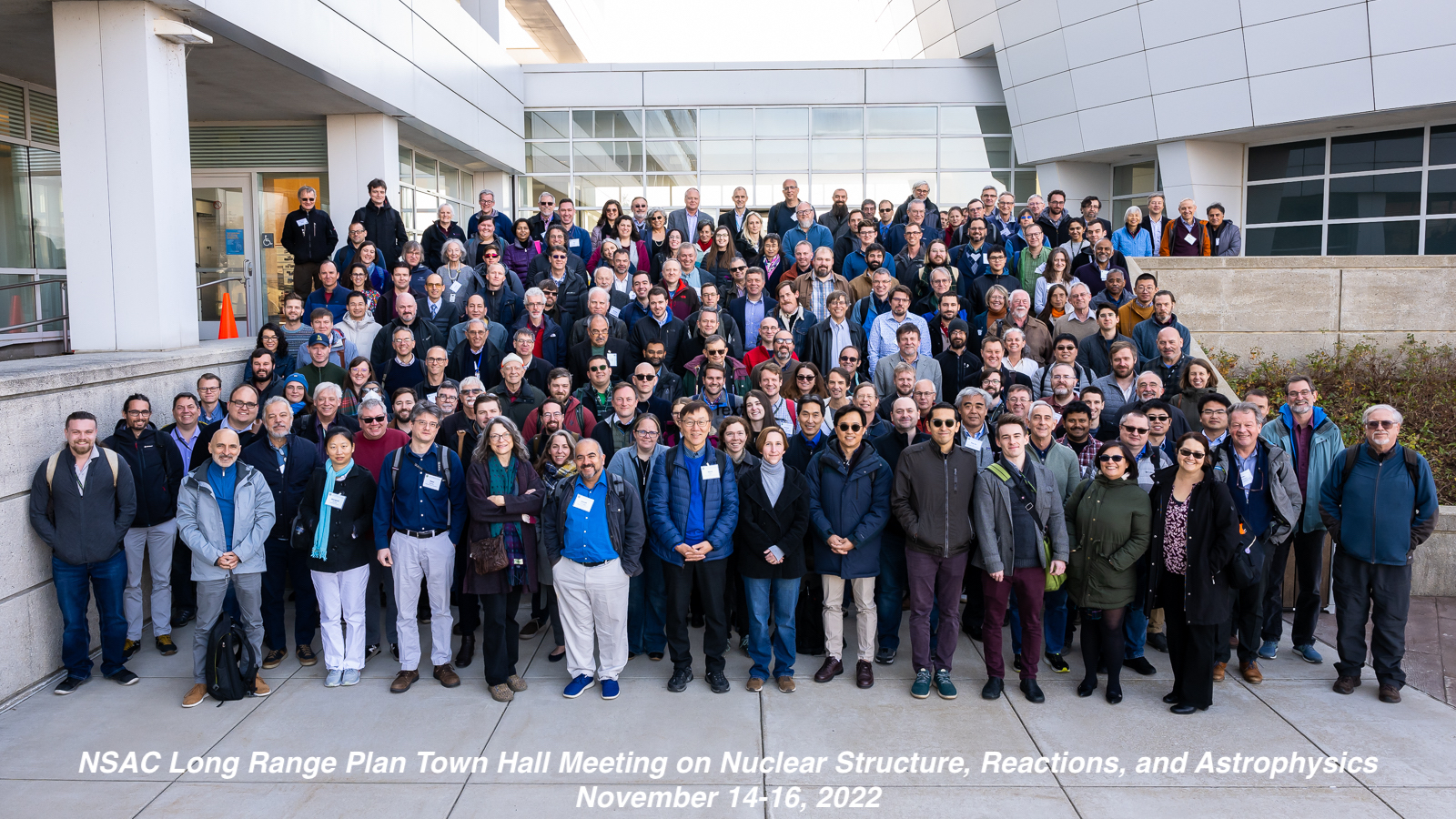 Lot’s of fun at the 2022 Town Hall Meeting at Argonne National Laboratory. This meeting provided crucial input from low-energy nuclear structure and nuclear astrophysics to the Long Range Plan of the Nuclear Science Advisory Committee [NSAC]. 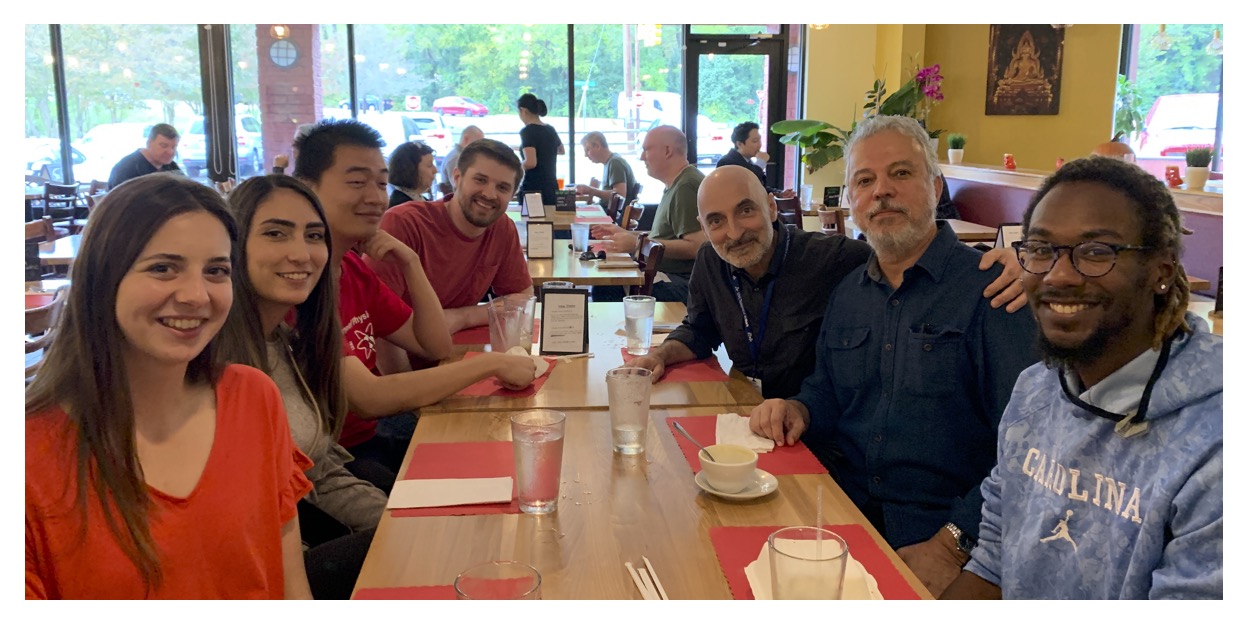 Samantha, Antonella, Kaixin, Will, CI, guest-of-honor Carlos Bertulani, and Xavier at a working lunch [October 2022]. Carlos has worked on many topics, ranging from A(symptotic normalization coefficients) to O(ptical model potentials), and everything in between. His excellent TUNL seminar on that day was on “Photonuclear Reactions with Heavy Ions.” 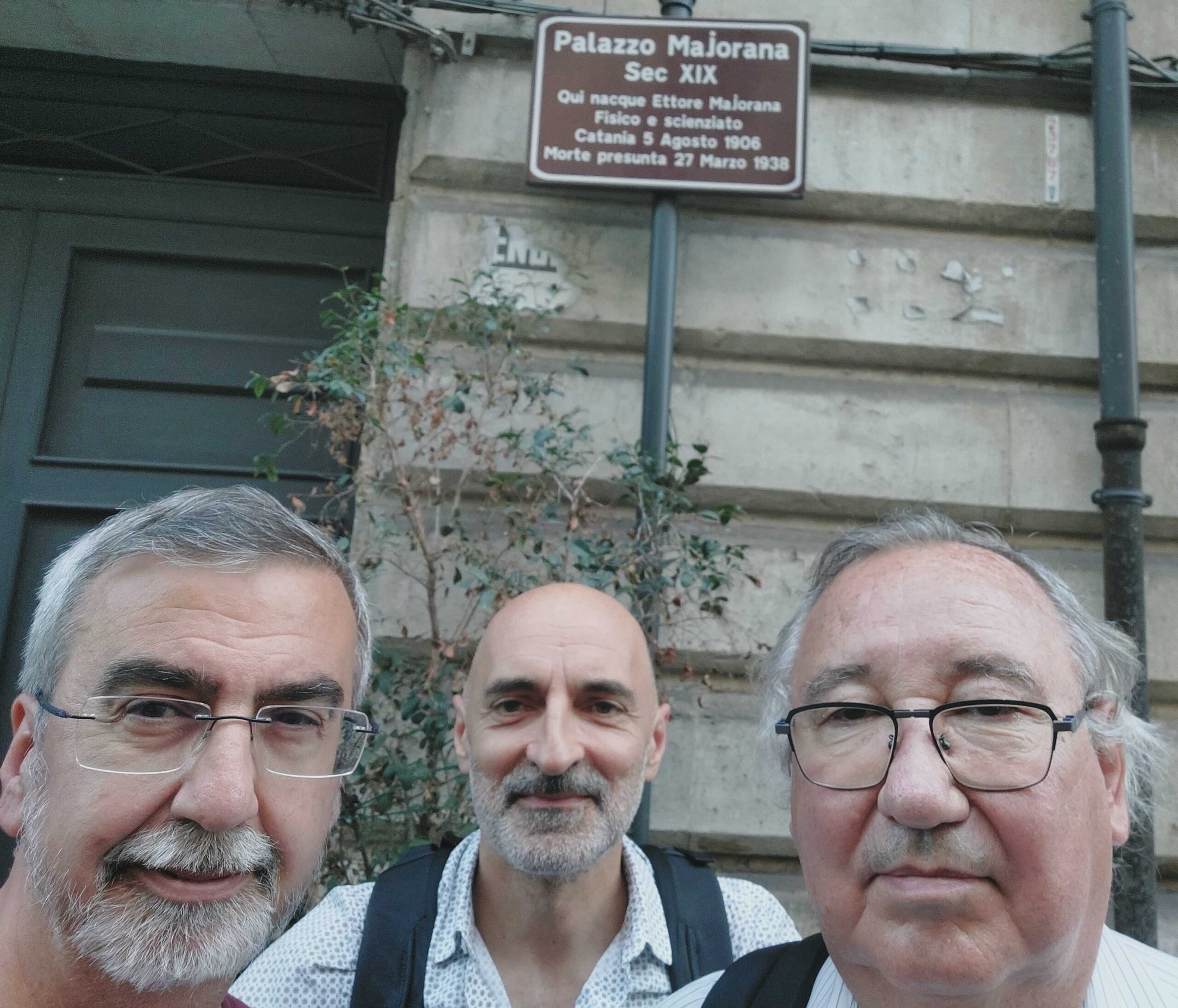 Selfie of Jordi Jose, CI, and Alain Coc [participating in the 11th Santa Tecla School, June 2022] in front of the birthplace of Ettore Majorana in Catania, Italy. Strangely, Alain spotted another house not far away that claimed to be Majorana’s “birthplace.” Rafa de Souza (left), Tan Hong Kiat (middle) in the chair’s office in summer 2019. HK visited us over the summer from the National University of Singapore. He worked on a Bayesian model for the 7Be(n,p)7Li reaction. The text in the upper left says: “increase curiosity, familiarity and intuition; focus on the essence; challenge common misconceptions.” John Lattanzio took the picture when we were discussing the guiding principles for the popular book we intend to write together some day [Chapel Hill, NC, spring 2017]. 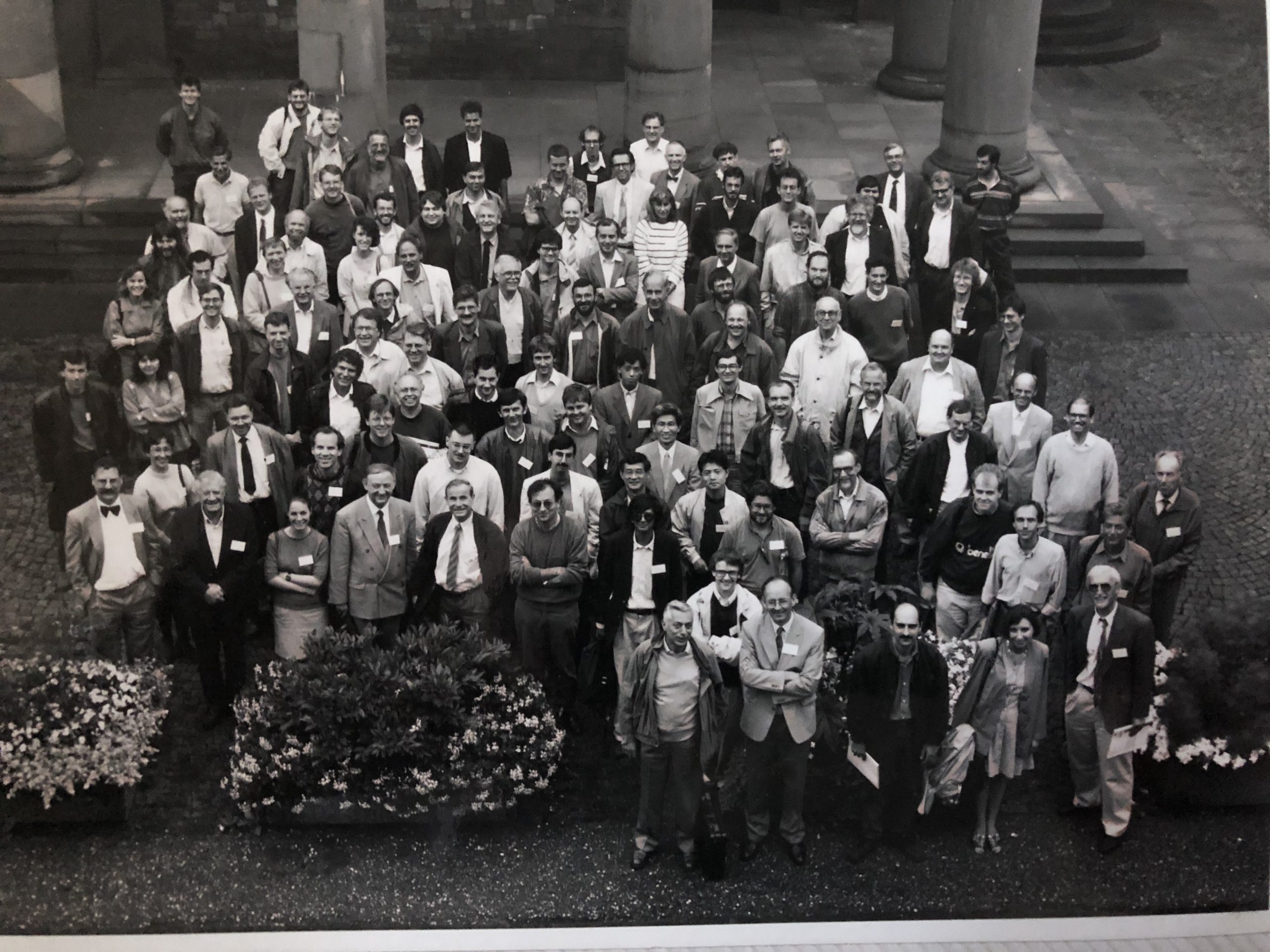 Participants at the 2nd International Symposium on Nuclear Astrophysics, held  in Karlsruhe, Germany, July 6-10, 1992. Graduate students: have fun finding your advisors when they were your age. 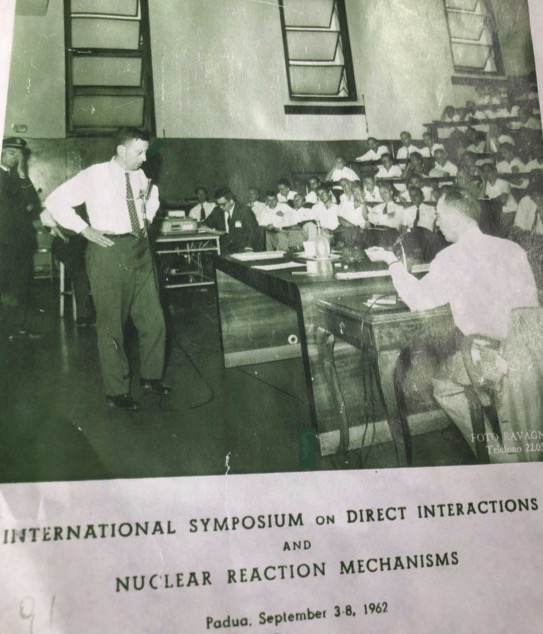 From the archives. Many evaluated thermonuclear reaction rates contain single-particle partial widths that have been computed using the method first published in J. Schiffer, Nucl. Phys. 46, 246 (1963). The picture shows the young John Schiffer, at the 1962 International Symposium on Direct Interactions and Nuclear Reaction Mechanisms in Padua, discussing the Breit-Wigner resonance shape in a diffuse (Woods-Saxon) potential. Notice the session chair, Gregory Breit, looking at his watch impatiently with what John was saying. John told me that years earlier, as a graduate student at Yale, when he helped another student to fit a measured angular distribution to Legendre polynomials, Breit remarked “Experimentalists should leave such things to theorists.”